Alex Martin Johnson is an accomplished policy shaper, skilled legal practitioner, and community builder who has dedicated his career to improving education, healthcare and quality of life in his hometown of Los Angeles.

As the President of the Los Angeles County Board of Education, he oversees the education system for the nation’s largest juvenile justice system; the state’s largest Head Start grantee program; and programs serving homeless, foster, and special education students.

Alex served on the California Racial and Identity Profiling Advisory Board, the California Complete Count Committee, and was a founding board member of the Arts for Incarcerated Youth Network. He sits on the National Advisory Committee of the Creative Youth Development National Partnership and the Board of Directors for the Wiley Center for Speech and Language Development.

He is a regular contributor to the Huffington Post and his articles have appeared in the Los Angeles Times, La Opinion, Los Angeles Daily News, Youth Today, Los Angeles Wave, LA Focus, Juvenile Justice Information Exchange, and the California Health Report among other.

Alex is a graduate of Morehouse College and earned his law degree from American University, Washington College of Law. 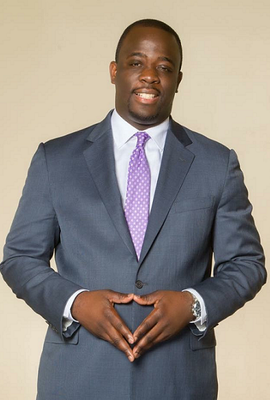 Alex shares the alarming disparity between funding for education vs corrections and his vision for CA with graduates.