Lateefah Simon is president of Akonadi Foundation and a nationally recognized advocate for civil rights and racial justice. She has dedicated her career to advancing opportunities for communities of color and low-income communities. She has served as Program Director for the San Francisco-based Rosenberg Foundation, Executive Director of the Lawyers’ Committee for Civil Rights of the San Francisco Bay Area and Executive Director of the Center for Young Women’s Development—appointed at the age of 19.

Lateefah also led the creation of San Francisco’s first reentry services division under the leadership of then-District Attorney Kamala D. Harris, where she spearheaded the flagship program, Back on Track. Back on Track reduced the recidivism rate for the population it serves to under 10 percent.

Lateefah has received numerous awards for her work, including the MacArthur “Genius” Fellowship, the Chronicle of Philanthropy’s 40 Under 40, and the Jefferson Award for extraordinary public service. She was named Woman of the Year by the California State Assembly and has also been recognized by the Ford Foundation, the National Organization for Women, Lifetime Television, and O Magazine.

She sits on California State University’s Board of Trustees, and in 2016, was elected to serve District 7 on the BART Board of Directors. 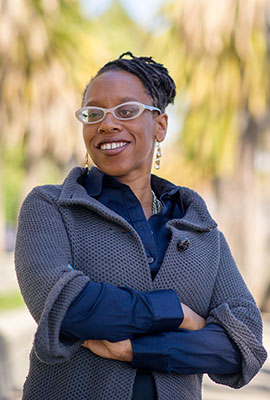 Lateefah “was amazing and her approach to telling her story and connecting it to the work we do was PERFECT for the kick off. She totally gets us.” – County Welfare Directors Association of California

“What I can say about Lateefah’s presentation is that it was phenomenal.  I had many people approach me afterward to tell me how inspired and inspiring she was.  She was awesome.” – End Domestic Abuse Wisconsin

On Health Equity at the Commonwealth Club