Jeff Sharlet is an award-winning literary journalist and author of seven books including New York Times bestseller, THE FAMILY: The Secret Fundamentalism at the Heart of American Power and C STREET: The Fundamentalist Threat to American Democracy. He is also the executive producer of the top-rated Netflix documentary series based on the books.

Jeff’s forthcoming book, THE UNDERTOW: Scenes from a Slow Civil War, is an unmatched guide to the religious dimensions of American politics. Exploring a geography of grief and uncertainty in the midst of plague and rising fascism, The Undertow is a necessary reckoning with our precarious present that brings to light a decade of American failures as well as a vision for American possibility (March 2023, W.W. Norton).

“In these reports from America’s different corners there comes a feeling for why we’re so broken and what it might take to heal. Brilliant, lucid, incisive, meticulously reported—Jeff Sharlet is at his best here even when we are not.” – Alexander Chee, bestselling author of Edinburgh and The Queen of the Night.

Jeff is the Frederick Sessions Beebe ’35 Professor in the Art of Writing, a member of the Society of Fellows, and Director of Creative Writing at Dartmouth College. He is an editor-at-large for Virginia Quarterly Review and a contributing editor for Harper’s and Rolling Stone. He has also contributed to The New York Times Magazine, Vanity Fair, GQ, Esquire, Mother Jones, and more.

His work has earned numerous awards, including the National Magazine Award, the Outspoken Award, the MOLLY National Journalism Prize, the University of Virginia’s Staige D. Blackford Prize for Nonfiction, and the Military Religious Freedom Foundation’s Thomas Jefferson Award, and he has been the recipient of numerous fellowships from the MacDowell Colony.

He has been a frequent guest on The Rachel Maddow Show, Fresh Air, All In with Chris Hayes, CNN, and many other television and radio programs, and a speaker at  colleges and universities including Harvard, Yale, Princeton, Duke, Penn, UVA, USC, University of Iowa, the Naval War College, and many others. He has been a Visiting Academic at Trinity College Dublin and a Visiting Research Scholar at NYU. 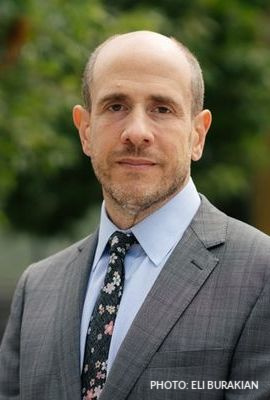 “Bless Jeff Sharlet for not walking away, but sharing his humanity by bridging the deadly gap of isolation with love.” – Terry Tempest Williams, author of Erosion: Essays of Undoing

This Brilliant Darkness is “a luminous, moving and visual record of fleeting moments of connection.” – New York Times Book Review

“We often say that a book has changed our lives. But it’s rare to say that a book made us more human . . . ‘This Brilliant Darkness’ feels as transformative and essential as anything I have read in years. Sharlet’s work is an incantation, a prayer for and summoning of the human powers of observation, empathy, and compassion.” – Michael Washburn, Los Angeles Review of Books

This Brilliant Darkness is “a triumph of visual and written storytelling, both evocative and moving.” – Publishers Weekly Starred Review

“One of the most beautiful works I’ve ever read. ‘This Brilliant Darkness’ is dazzling and addictive, a constellation of stories about how we love before we die. This book breathes.” – Blair Braverman, author of Welcome to the Goddamn Ice Cube

This Brilliant Darkness is “a phenomenally original book that will press into your chest about as deeply as literature can go. Sharlet is his generation’s Steinbeck.” – Timothy Tyson, author of The Blood of Emmett Till

“Part reporter, part prophet, Jeff Sharlet is an American visionary in the lineage that runs from Twain to Robinson Jeffers to Sam Shepard and Joan Didion.” – Peter Trachtenberg, author of 7 Tattoos and The Book of Calamities

Jeff Sharlet discusses politics and 'This Brilliant Darkness' on the Nicole Sandler Show.

Jeff Sharlet talks about his book, 'This Brilliant Darkness,' at WBUR CitySpace.

Watch Jeff Sharlet in THE FAMILY, the NETFLIX docuseries based on his bestselling book.

Human Connections Light Up 'This Brilliant Darkness:' Jeff Sharlet talks about his book on All Things Considered.

Jeff Sharlet’s new book, THE UNDERTOW: Scenes from a Slow Civil War is coming in March 2023. “Riveting, insightful.… Weaving religion, hate, hope, and fear into stories that catch us unaware, Jeff Sharlet confronts us with the realities of the shifting American psyche—a must-read in order to understand the conflicting voices and tensions in America today.” – Anthea Butler, author of White Evangelical Racism. Pre-order your copy.

Seeing Together: Care, Community, and Connection in Jeff Sharlet’s ‘This Brilliant Darkness: A Book of Strangers.‘ Read Michael Washburn’s poignant review for the Los Angeles Review of Books.