Rebecca Sive is the author of three books on American women’s politics and power, a motivational speaker, experienced media analyst, and admired women’s leadership strategist. She is a past faculty member of the University of Chicago Harris School of Public Policy and statewide governmental official. Sive co-produces and co-hosts the podcast, #VoteHerIn, with Two Broads Talking Politics, a “best political podcast,” according to Parade magazine.

Sive’s books include MAKE HERSTORY YOUR STORY: Your Guided Journal to Justice Every Day for Every Woman, VOTE HER IN: Your Guide to Electing Our First Woman President, and EVERY DAY IS ELECTION DAY: A Woman’s Guide to Winning Any Office, from the PTA to the White House. Sive’s articles and op-eds have appeared in The Huffington Post, Crain’s Chicago Business, The Hill, at MSNBC, and in The Chronicle of Philanthropy, and elsewhere.

Her speaking topics include: Every day really is Election Day: Proven strategies for success for women seeking political power and influence in American public life; The importance of women’s executive leadership in government and civil society—and how you can achieve it; How businesswomen−across industries, generations, and experiences−can advance equality for every woman; Strategies and tactics for women building a public leadership brand.

Sive’s audiences call her “a visionary, deeply thoughtful speaker on women’s leadership” and “profoundly radiant; delightful; lively; brilliant.” She has spoken at Starbucks HQ, the Bill & Melinda Gates Foundation, Northwestern University Pritzker School of Law, University of Washington Law School, the Women’s Funding Network, National Council of State Boards of Nursing, The Ohio State University, University of Texas, and the Association for Women Journalists, among many others.

Founder of one of the nation’s first women’s centers, and a leader of the campaign to elect Chicago’s first African American mayor (Harold Washington) and advisor to him, Sive was among the national decisionmakers who developed women’s issues agendas for presidents Bill Clinton and Barack Obama.

Sive holds an M.A. in American History and is the recipient of many awards for her public leadership.

“I am grateful to you for adding your voice to the essential conversation about women’s leadership that we need to have as a country.” – Hillary Rodham Clinton to Rebecca Sive 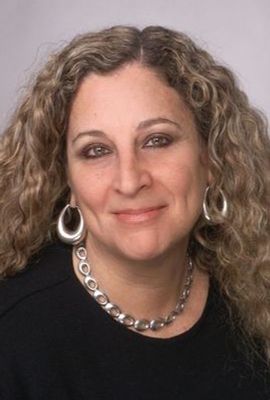 “MAKE HERSTORY YOUR STORY is a must-have for every woman committed to bending the arc towards justice.”  – The Hon. Dr. Robin Kelly, Member, US House of Representatives

“MAKE HERSTORY YOUR STORY is an inspirational and indispensable resource for us all. Our personal stories are an important part of what defines us as leaders and telling our story helps us connect with others.” – The Hon. Dana Nessel, Attorney General, State of Michigan

“Barack Obama (my boss) gave me−and millions of other Black women−the opportunity to lead. Rebecca Sive (my professor) has given all of us MAKE HERSTORY, a personal journal for getting the job done.” – Alexandra P. Sims, former field director for Obama 2012; Founder, Black Bench Chicago; Founder, Every Vote Counts

VOTE HER IN is “inspiring, savvy, and persuasive.” – Jessica Yellin, host, News Not Noise

EVERY DAY IS ELECTION DAY is “a must read.” – Cosmopolitan magazine

“Advocates like you – dedicated to educating and empowering the next generation of women leaders – make me so confident in our country’s future. I applaud the important work you are doing.” – Cecile Richards, Immediate Past President, Planned Parenthood Federation of America

“The rising of women can mean the rising of us all. Sive knows how to make that happen!” – Heather Booth, feminist and civil rights leader

“I am so excited to be a part of an event featuring Rebecca Sive, acclaimed author of VOTE HER IN, an impressive strategic guide for all women who want to be a part of breaking the glass ceiling.” – Jan Schakowsky, Member of Congress

MAKE HERSTORY YOUR STORY: Your Guided Journal to Justice Every Day for Every Woman is now available! Every woman has the power within herself to make a positive difference for women and girls. You just have to choose to find it and act on it.  Rebecca’s highly anticipated third book will enable you to do that.

#VoteHerIn is now on YouTube. Watch live every other Wednesday at 7:00PM CDT/8:00PM EDT.