Dr. Jocelyn Lehrer is a seasoned, dynamic and award-winning public health researcher and practitioner, public speaker, educator, social entrepreneur, and filmmaker. Her work focuses on intersectional feminist approaches to gender-based violence and HIV/AIDS prevention/response, and the promotion of healthy masculinities and gender equality. Her significant contribution to public health has earned her the 2021 Public Health Innovator Award from Harvard School of Public Health.

Dr. Lehrer is an affiliated Senior Researcher with the University of California-San Francisco Bixby Center for Global Reproductive Health, Senior Consultant with the Stanford University Global Center for Gender Equality, and Founder/Director of the award-winning Men’s Story Project, which creates powerful productions around the world where men share deeply personal stories that examine social ideas about masculinity to promote well-being and equality for people of all genders.

Dr. Lehrer has published widely-cited national studies on youth mental health, sexual health, and dating violence. She has worked as a consultant on gender and social impact storytelling with MTV/VH1 and UN Women, and given presentations on healthy masculinities and violence prevention at 75+ conferences and universities including TEDxIndiana University, Harvard, Stanford, Columbia, and Johns Hopkins.

Dr. Lehrer served as Senior Gender Advisor at the U.S. Agency for International Development Office of HIV/AIDS, where she helped integrate attention to gender equality and gender-based violence into global initiatives of the President’s Emergency Plan for AIDS Relief. A certified rape crisis counselor, she has led trainings for the U.S. Department of Justice Office of Violence against Women and worked with organizations including San Francisco Women Against Rape, Van Jones’ Dream Corps, American Jewish World Service, International Center for Research on Women, and World Vision International. Dr. Lehrer has also served as a mentor and faculty advisor at Singularity University–an innovative Silicon Valley incubator of businesses that use cutting-edge technologies to address key global challenges including education and health.

Dr. Lehrer’s work has been featured on CNN, Forbes and other media, and she has been an expert commentator on sexual violence and masculinities on networks including FOX and CBS. She holds a doctoral degree from the Harvard School of Public Health (2004).

Dr. Lehrer is Chilean-American and offers presentations in English or Spanish. 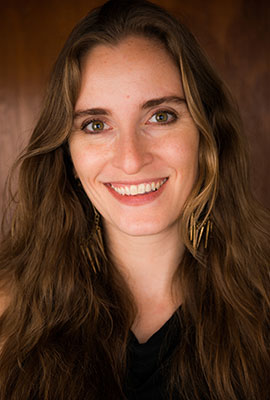 The Men’s Story Project “is positioned to fill an important role as society begins to seriously confront destructive expressions of masculinity as well as the challenges, struggles and joys of being a man today.” – VOICE MALE Magazine

“It is still relatively rare — and often startling — to hear men talk openly and honestly about experiences in our families, struggles (and joys) in relationships, violent victimization or perpetration, or anything else that leaves us feeling vulnerable — especially in front of other men. That is why the Men’s Story Project film is such an important contribution to the expanding work of engaging men at all levels of gender justice work: it speaks to our hearts as well as our minds, and beautifully brings together the personal and political aspects of these critical issues.” – Jackson Katz, gender justice educator, author and filmmaker

“I was vaguely aware of these issues before, but [Dr. Jocelyn Lehrer’s] presentation has allowed me to see the cut and dry reality, and to be more critical of my own actions as well as the actions of other men.” – Chris Fernandez, Intrafraternity Council President, UW-Madison

“More people need to be exposed to this; it has great value to all people and breaking the paradigms people hold onto that put others or themselves in pain.” – Student, University of Oregon

“I loved ALL OF IT! The film clips were AMAZING and fostered a really deep, rich dialogue. My heart is full and open!” – MSP workshop participant, JFK University

Meet the Men's Story Project on its award-winning YouTube channel.

Dr. Jocelyn Lehrer discusses #MeToo and the need for bipartisan initiatives to address sexual assault and harassment in the US.

The Men’s Story Project was recognized with a 2021 ShareCare Emmy (Men’s Health category) for excellence in digital health media!

Dr. Jocelyn Lehrer is the winner of the 2021 Public Health Innovator Award from Harvard School of Public Health in recognition of her significant innovative contribution to public health!

Dr. Jocelyn Lehrer speaks about how The Men’s Story Project breaks silences on issues including sexism, racism, homo/transphobia, ableism and violence – and ways in which these are often linked with masculinities – on the Electorette Podcast. Listen to the episode.

FoossaPod interviews Dr. Lehrer about how storytelling can help foster healthy masculinity in a time of #MeToo and Time’s Up, and how social learning can help us examine and challenge gender norms to promote health, peace, and justice. Listen to the episode.

VOICE MALE magazine speaks with Dr. Lehrer about the Men’s Story Project and what’s ahead as she helps create transformative public forums on masculinities, health and social justice in communities around the world. Read the interview.