Barry Lyga is the award-winning, New York Times bestselling “YA rebel-author” (Kirkus Reviews) of more than 20 novels, including I HUNT KILLERS, hailed by the LA Times as “one of the more daring concepts in recent years by a young-adult author” and an “extreme and utterly alluring narrative about nature versus nurture.” His other books include TIME WILL TELL, a “layered and provoking mystery that tackles sexual assault, mental illness, bullying, homophobia, and racism,” (Publishers Weekly, starred review) and THE HIVE, a “frighteningly believable” (Publisher’s Weekly) cyber-thriller and one of People Magazine’s Best Books of Fall 2019.

Lyga graduated from Yale with a degree in English, and worked briefly in the comic book industry before quitting to pursue his lifelong love of writing. His first young adult novel, THE ASTONISHING ADVENTURES OF FANBOY AND GOTH GIRL, received starred reviews from Booklist and School Library Journal. Publishers Weekly named Lyga a “Flying Start” on the strength of the debut.

Since then, he has published the I Hunt Killers series, the Archvillain series, the Flash adventures, the Brookdale Books, graphic novels including MANGAMAN (with art by Colleen Doran), and more. His books have been published in more than a dozen different languages in North America, Australia, Europe, and Asia.

Lyga lives and podcasts near New York City with his wife, author and media maven, Morgan Baden, their nigh-omnipotent daughter, and their preternaturally chill son. He and Morgan host Writing in Real Life – a podcast about writing, parenthood, publishing and marriage. His comic book collection is a lot smaller than it used to be, but is still way too big.

He speaks about writing and publishing young adult fiction. 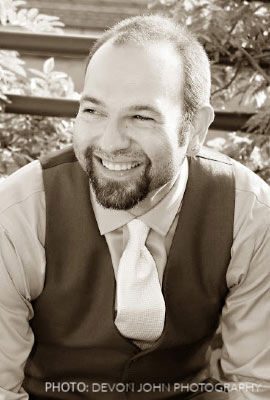 TIME WILL TELL “grips readers at every turn in this layered and provoking mystery that tackles sexual assault, mental illness, bullying, homophobia, and racism . . . packed with unexpected twists and red herrings . . . razor-sharp descriptions engage throughout as Lyga demonstrates the tragic way that past actions can affect future generations.” – Publishers Weekly, starred review

“A brilliant doomsday warning about the perils of social media, justice, and mob thought, THE HIVE is also the complex story of a young girl coming of age. This is a novel about ideas, love, grief, and what hold the tricky narratives of history have on the violence of the present.” – Walter Mosley, award-winning crime novelist

“Hold onto your seats. We’ve got adventure and high-stakes horror here that takes us from our world to another. You did it, Barry. [THE SECRET SEA] is the novel you were meant to write.” – R.L. Stine, author of Goosebumps and Fear Street

“Lyga has the ability to get into a teen’s mind and tell a story that is both clever and true to real life.” – Children’s Literature

Trailer for I Hunt Killlers

Shut Up and Write: Barry Lyga speaks about becoming a writer.

THE HIVE was named a Best Book of Fall 2019 by People Magazine!