Rosanna Warren has been publishing “poems of riveting, compassionate darkness and social conscience for nearly 40 years” (LA Review of Books). She is the award-winning author of several acclaimed collections of poetry including DEPARTURE, GHOST IN A RED HAT, the Lamont Poetry Prize-winning STAINED GLASS, and her latest SO FORTH (2020, W.W. Norton) – a collection that blends the personal and the political to meditate on damage, aging, and injustice.

Rosanna is also the author of MAX JACOB: A Life in Art and Letters (2020, W.W. Norton), the first comprehensive biography of the brilliant cubist poet. More than thirty years in the making, it sees Jacob’s complex relationships with art, faith, and sexuality play out against the lively backdrop of bohemian Paris from the turn of the twentieth century through the divisions of World War II.

Rosanna is the Hanna Holborn Gray Distinguished Service Professor in the Committee on Social Thought at the University of Chicago. Previous academic appointments include Vanderbilt University and Boston University. She has also taught poetry in medium security prisons and published a series of poems by prisoners.

Rosanna is available for readings, conversations and literary workshops.

“Poems have work to do: to bear witness, to cry out, to lament, to praise. They should be psalms for their time.”  – Rosanna Warren 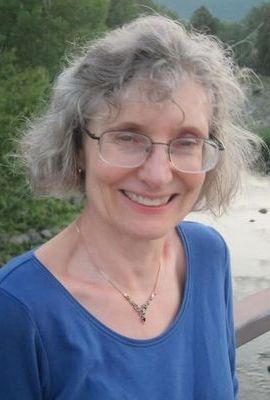 SO FORTH is an “unforgettable book by one of our essential poets.” – Alan Shapiro, author of Against Translation

SO FORTH is “a book of love and war, rich with poems of desire and rage, situated in our nearly unbearable historical moment, alive to its challenges and pleasures. Rosanna Warren uses passion and calculation in equal measure to grapple with an uncertain future—in this, she is the best of citizens, loving her world in the midst of fierce disenchantment. The poems combine lavish but pellucid description, and a disarming directness that senses the heart of the matter with unmatched agility.” – Katie Peterson, author of A Piece of Good News

SO FORTH is “unforgettable, untamed, unrelenting . . . There is wisdom in these pages, self-knowledge in this voice. It is gorgeous, it is generous, it is inimitable.” – Ilya Kaminsky, author of Deaf Republic, a National Book Award finalist

“Rosanna Warren’s poems are like pure water falling from a hill reflecting light and giving cool sustenance. They are like pure intelligence. They deal with nature, love, historical persons, old and new events in depths of perceptions realized in refusals of too much passion, too much despair. Her poems are clear, elegantly poised, refreshing to the taste and good to possess.” – Richard Eberhart

Rosanna Warren reads from So Forth, her latest collection of poetry.

Rosanna Warren in conversation about her new biography, Max Jacob: A Life in Art and Letters.

Women, Power, Magic, and Damage: A reading by Rosanna Warren

Rosanna Warren lectures on the life and work of William Blake.