Dr. Dana Walrath, is an award-winning writer, artist, and anthropologist. Her generative work – whether verse novel, graphic memoir or art installation – examines every stage of life and contributes to healing from and ending the global challenges of structural violence, dehumanization and genocide.

Dana is the author and illustrator of ALICEHEIMER’S: Alzheimer’s Through the Looking Glass, a graphic memoir about caring for her mother during the middle stages of dementia. Filled with laughter and magic, Dana’s approach restores the humanity of people living with dementia and provides a productive alternative to the biomedical focus on inexorable loss. The New York Times calls it “a tribute to her mother’s animated mind.” Dana’s second Aliceheimer’s book is forthcoming. Between Alice and the Eagle will address death and dying, global flows of labor, and dementia across the globe.

Other works include LIKE WATER ON STONE, an award-winning verse novel about the Armenian Genocide. Blending historical fiction with magical realism, the book integrates across genocides and provides a practicable framework for anti-racist dialogue. Her comic story “(A) Men-A-Pause,” appears in MENOPAUSE: A Comic Treatment. A New York Times Best Graphic Novel of 2020, the collection of graphic stories balances levity with sincerity while unapologetically depicting menopause and all its attendant symptoms. Her picture book, I AM A BIRD, celebrates the bonds between fathers, sons, and nature.

Dana’s artwork incorporates anthropological theory and imagery and has been exhibited throughout North America and Eurasia. Her recent installation, “View from the High Ground,” confronts the dehumanization of Native Americans, African Americans, Australian Aborigines, Armenians, Jews and the victims of genocides in Rwanda, Bosnia, and Cambodia.

A Fulbright Scholar and Senior Atlantic Fellow for Equity in Brain Health, Dana’s work has appeared in The Lancet, Irish Times, Slate, Somatosphere, Foreign Policy, and on Public Radio. 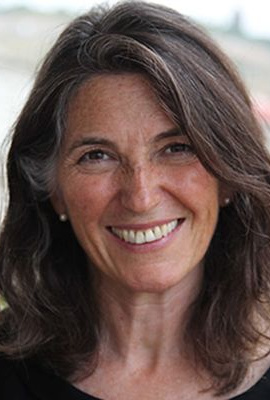 ALICEHEIMER’S is a “deeply moving, informative, and funny memoir by a woman watching her mother’s descent into Alzheimer’s disease.” –Roz Chast, author of Can’t We Talk About Something More Pleasant?

“I am grateful for creators like Walrath . . . who make art from experiences like those my patients face. Their works remind us that, even during the throes of illness or grief, when the air is filled with questions, fear, and sadness, there are slivers of time and space where room can be made for wonder.” –Lynda Montgomery, Los Angeles Review of Books

“Aliceheimer’s is a story about the possibility to find quality of life in dementia caregiving; the possibility to see Alzheimer’s disease as creating a new self, a self that can be lived with and written about up to the moment when we feel threatened in our own self.” –Dr Martina Zimmermann, British Medical Journal

LIKE WATER ON STONE is a “shocking tale of a bleak moment in history, told with stunning beauty.” –Publishers Weekly, Starred

I AM A BIRD is a “sweet and immersive appreciation of nature and family time together. Perfect for one-on-one and small group sharing.” –School Library Journal

Comics, medicine and memory: Dana Walrath on healing through story.

Dana Walrath reads from her young adult novel, "Like Water on Stone."

Dana Walrath introduces her installation, "View From the High Ground," exhibited at the "After Genocide: From Trauma to Rebirth: A Gendered Perspective" international conference.

Alzheimer’s Disease as an Adventure in Wonderland: The New York Times interviewed Dana about graphic medicine and her memoir ALICEHEIMER’S: Alzheimer’s Through the Looking Glass.