During World War II, Susan Kamei’s family members were among  the 120,000+ Japanese Americans forcibly removed from their homes and detained in U.S. concentration camps on the basis of race. Told through the stories of survivors, her new book, WHEN CAN WE GO BACK TO AMERICA?: Voices of Japanese American Incarceration During World War II, is an unprecedented account of the frightening reality and enduring tragedy of this dark period in American history. It examines how and why an unconstitutional, racially-based, mass incarceration occurred in a country founded on the principles of justice and freedom. Now more than ever, these stories will resonate as our society grapples with questions about racial identity, immigration, citizenship, and what it means to be an American.

Susan was a member of  the Japanese American Citizens League (JACL) legislative strategy team that won redress for Japanese Americans for their wartime incarceration. Today, she lectures on ‘War, Race and the Constitution’ at the University of Southern California, and is Managing Director of the Spatial Sciences Institute at USC Dornsife.

For her contributions to the USC community and for enriching the educations of students of color and LGBTQ students, she received the 2018 USC Undergraduate Student Government Community Achievement Award. She also was recognized for her leadership and service in business, academia, and the community with the “Woman of Courage” Award in 2000 from the Friends of the Los Angeles City Commission on the Status of Women.

Her speaking topics include the constitutional, historical, and political ramifications of the Japanese American incarceration, and how they apply to today’s considerations of national security and the protection of our civil liberties. 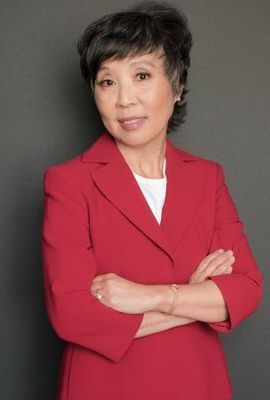 Praise for WHEN CAN WE GO BACK TO AMERICA? Voices of Japanese American Incarceration during WWII

“Riveting and indispensable…This landmark historical account shines a light on a part of American history that must be remembered.” – Kirkus Reviews, Starred review

“A truly remarkable, comprehensive resource with an emphasis on allyship, indispensable for researchers and any resistor of injustice.” – Publishers Weekly, Starred review

A “spell-binding tour de force that illuminates the heart-wrenching reality of lives forever changed by a national atrocity of inhumane proportions. In drawing upon first-hand accounts of those incarcerated, Kamei has created a moving record that shows the consequences of unchecked political power. For those examining the case for reparations for Black American descendants of slavery in the United States, some events are frighteningly familiar—denying a disfavored group the right to own property or vote, rounding up innocent unsuspecting people at gunpoint and rendering them homeless, and confiscating and appropriating their property. The hitherto untold stories of confusion, disbelief, frustration, anger, protest, and resolve provide a legacy of inspiration for current and future generations. They also serve as a warning of what can happen when racism and hysteria drive our nation’s thinking instead of justice.”  – A. Kirsten Mullen and William A. Darity Jr., authors of From Here to Equality: Reparations for Black Americans in the Twenty-first Century

Susan Kamei shares stories from her book and why they matter today on The Conversation.

Susan Kamei talks about why Japanese American internment matters today on The Takeaway with Melissa Harris-Perry.

The When Can We Go Back to America? Discussion and Teacher’s Guide is available here. This invaluable resource includes questions and activities around the book’s themes of Immigration, Civil Liberties, Justice, Loyalty and Citizenship.

Susan Kamei has received the USC Phi Kappa Phi Faculty Recognition Award for her book, WHEN CAN WE GO BACK TO AMERICA? Voices of Japanese American Incarceration during WWII!