Aisha C. Mills is the host of AMplified with Aisha Mills on BNC, the nation’s only provider of 24/7 cable news programming created by people of color for people of color. AMplified shines a spotlight on the personal side of politics and the policies impacting Black and Brown America. From social justice to structural reform, voting rights to corporate accountability, Mills educates, informs and empowers viewers with insights on the ground game of politics and welcomes guests that examine the inner workings of our legislative process.

Aisha is a seasoned political strategist and social impact advisor who has led and won campaigns that build political power for women, people of color and LGBTQ people for close to twenty years. A true trailblazer, she was the first African American woman to ever lead a national LGBTQ organization in her role as president & CEO of the Victory Fund and Institute. In 2017, she was a driving force behind the organization’s historic “Year of the Trans Candidate” initiative, leading the effort that elected more transgender officials across the country than ever before. She was instrumental in the fight for same-sex marriage in the District of Columbia, where as its president, she led the marriage equality campaign to victory in 2009. Aisha’s 2010 marriage to her wife Danielle was the first lesbian wedding ever featured by Essence magazine, earning the publication its first GLAAD Media Award.

She has been a Resident Fellow at the Harvard Kennedy School’s Institute of Politics, where she hosted a weekly seminar on identity politics and the rise of the new American majority of people of color, and a Senior Fellow at the Center for American Progress, where she founded and directed the Fighting Injustice to Reach Equality initiative (FIRE) dedicated to eliminating social, health, and economic disparities faced by LGBTQ people of color. She has served as executive director of the Congressional Black Caucus PAC, regional finance director of the Democratic Senatorial Campaign Committee, and fundraiser to several Congressional candidates.

A nationally respected voice on progressive policy and politics, she has been a frequent commentator on CNN and MSNBC, and has published dozens of policy reports and political and cultural analyses at the intersection of race, gender, and sexuality. She has been recognized as one of the “Out 100” influencers by Out Magazine, The Root’s 100 most Influential African Americans, and Advocate Magazine’s “40 Under Forty” list of exemplary LGBTQ leaders.

After spending 20+ years in Washington, D.C., Aisha now calls Brooklyn, NY home. She is a proud Terp, having earned both her Bachelor of Arts and Master of Business Administration from the University of Maryland, College Park.

“Our democracy must be reflective of, responsive to, and led by the diverse communities that are the fabric of our nation.” – Aisha C. Mills 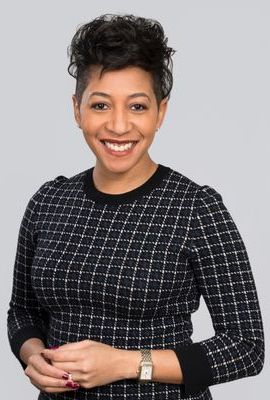 “She was amazing to have at the event, incredibly gracious, and eloquent. Just by looking around the room during Aisha and Emma’s onstage conversation, it was easy to see how enraptured the students were at the advice and anecdotes that Aisha had to share. It was definitely a great high note to kickoff off our three days of training, activism, and organizing.” – RALLY, Producer of the March For Our Lives OurPower Summit

Aisha Mills on racism and the Republican Party on CNN Tonight.

Aisha Mills speaks at the Victory Fund and Institute gala.

Watch AMplified with Aisha Mills every weekday from 7-8 PM ET on BNC.

Exhale Lifestyle Magazine selected social justice warrior Aisha Mills as one of five women to watch, who make success look easy, on their own terms. Read the feature.