Dr. Peter Manseau is an award winning novelist, memoirist, historian and the Lilly Endowment Curator of American Religious History at the Smithsonian Institution’s National Museum of American History. As part of the Smithsonian’s Religion in America initiative, Peter curated the exhibition, Religion in Early America, and authored the companion volume, OBJECTS OF DEVOTION: Religion in Early America. The book and exhibition explore the religious diversity, freedom, and growth during the formation and development of the United States.

He is the author of eight books including the memoir VOWS: The Story of a Priest, a Nun, and Their Son; the novel SONGS FOR THE BUTCHER’S DAUGHTER; the travelogue RAG AND BONE: A Journey Among the World’s Holy Dead; ONE NATION, UNDER GODS: A New American History – the retelling of America’s diverse spiritual formation; MELANCHOLY ACCIDENTS – the documentary history of guns in the U.S.; and the narrative history THE APPARITIONISTS. He is also the co-author of KILLING THE BUDDHA: A Heretic’s Bible, and a founding editor of KillingTheBuddha.com – the online magazine of religion, culture, and politics.

Peter is the winner of the National Jewish Book Award, the American Library Association’s Sophie Brody Medal for Outstanding Achievement in Jewish Literature, the Ribalow Prize for Fiction, a 2015 MacDowell Colony Fellowship, and a 2012 National Endowment for the Arts Literature Fellowship. He has also been shortlisted for the Center for Fiction’s First Novel Prize and the Prix Médicis étranger, awarded to the best foreign novel published in France.

Speaking topics include technology and belief; Catholicism and the sexual abuse crisis in the church; Yiddish language and Jewish American literate; relics and the role of the body in global religious traditions; and religious diversity in America. 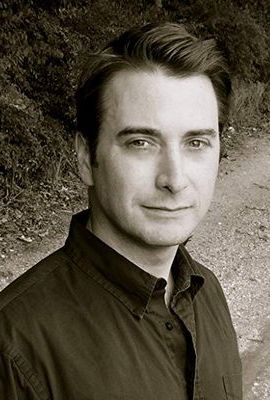 Praise for ONE NATION, UNDER GODS

“Subversive and much-needed…[a] tour de force. A thorough reimagining of our nation’s religions…. Engagingly written, with a historian’s eye for detail and a novelist’s sense of character and timing, this history from another perspective reexamines familiar tales and introduces fascinating counternarratives.” ―Publishers Weekly (starred review)

“The United States is arguably the most religiously diverse nation in the world. Peter Manseau shows how this has always been the case. One Nation, Under Gods is a refreshing, compelling, and surprising reexamination of our nation’s history that puts lie to the oft-quoted idea that America was founded as ‘a Christian nation.'” ―Reza Aslan

“With tales of secret faiths, false tolerance and quiet yet formidable dissent, each chapter is a window onto lives that were lived on the margin of Christian narratives. And along with a few intriguing statistics, like the fact that 20 percent of Africans in the early colonies were Muslim, and that most of the colonists didn’t bother to go to church, they shine a light on history’s finer strands…. [A] lively, refreshing account.” ―Damaris Colhoun, New York Times Book Review

Peter speaks about his book, One Nation Under Gods: A New American History.

Peter speaks about his exhibition at the National Museum of American History.