Jill Alexander Essbaum is the award-winning poet and bestselling novelist. Influenced by Edna St. Vincent Millay, Sylvia Plath, and Simon Armitage, “her work brings together sex, divinity, and wordplay, blithely working with received forms and displaying a nuanced attention to rhyme and meter” (The Poetry Foundation).

Her first novel, HAUSFRAU—a story of an American expatriate wife in Switzerland—debuted on the New York Times Bestseller list and was named a ‘best book of 2015’ by Amazon, The Huffington Post, Shelf Awareness, Mashable, The San Francisco Chronicle, and several others.  It was longlisted for the 2016 PEN Award for Debut Fiction and has been translated into 26 languages.

She is also the author of THE GOOD GRIEF JOURNAL: A Journey Toward Healing – a collection of 10 meditations followed by prompts and questions designed to help readers reflect on the nature and effects of their particular loss.

Essbaum has a masters of arts in religion from the Episcopal Seminary of the Southwest, has served as editor for the National Poetry Review and the online journal ANTI-, and has edited for the Nanopress Project. She is a core faculty member of the University of California, Palm Desert, Master of Fine Arts in Creative Writing and Writing for the Performing Arts Low-Residency Program. She lives and writes in Austin, Texas. 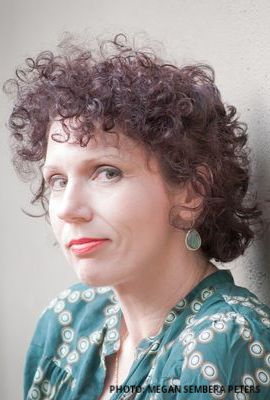 The Good Grief Journal “will empower readers who are experiencing their dark night of the soul to go deep and face their darkest hour with courage.” – Robert Zucker, author of The Journey Through Grief and Loss

“Essbaum speaks of grief with a depth and sensitivity that can only come from personal experience. What she outlines in these brief pages is a journaling map. A map that, by use of poems, meditations, prayer, and biblical verse, can help guide one through the suffering of personal pain and lose. This is a beautiful book. It offers, if not healing through journaling, a solid way to begin that process.” – Michelle C. Halsall, M Div, LPC, Diplomate Jungian Analyst

“In Hausfrau, Anna Karenina goes Fifty Shades with a side of Madame Bovary.” – TIME

“Jill Alexander Essbaum writes with a rare lyrical exactitude, fusing religious iconography with her own human journey so all the elements—spiritual, physical, intellectual—are reinvented, recharged. There’s an organic, startling music here, and the gift of a brilliant heart.” – Naomi Shihab Nye

“Known for their remarkable mix of eroticism and religiosity, Jill Alexander Essbaum’s poems vibrate with well-proportioned rhymes, unforgettable imagery and a unique realization of form.” – critic Rick Marlatt for Coldfront